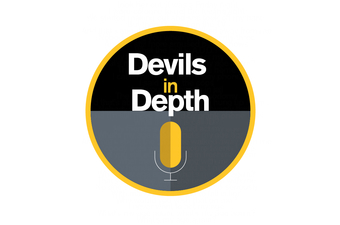 “I always knew that I wanted to be in healthcare,” says Renuka, “I just wasn’t sure if I wanted to go all the way and be a doctor.” At the time she was choosing her major, Renuka says that she “wasn’t sure if that was just kind of the pressure that was put on [her]” or if it was a true interest, but ultimately, the diversity that came with medical studies was something that inspired her.

While a Medical Studies major “can lead you to medical school…it can also lead you into tons of different healthcare fields.” Renuka has been diving into a variety of those fields, especially considering her minor. She says that, “With nutrition, the first research study that I got involved with when I came to ASU was the ASU School Lunch Study and it was about children at schools, like, are they consuming enough fruits and vegetables and how to make them do that with salad bars and things like that and that got me really interested in nutrition so I decided to add a minor.” Currently, Renuka contributes to her nutrition knowledge by being “involved with the Pitchfork Pantry” since her freshman year, which is something that she finds “super rewarding, helping students that are food insecure, getting them more access to food. And this year I’ve been the Student Assistant Coordinator which means that I just connect students to resources if they ask for it, like SNAP and [other] university resources for food insecure students.”

Otherwise, Renuka’s had a variety of experiences across the medical field, involving herself with research initiatives and volunteering at hospitals. Right now, she’s actually reconnecting with her childhood since recently being hired by her former pediatrician, who’s administering COVID-19 vaccinations at her office.

When fall semester begins, Renuka will have to shift her energy into her demanding new position as president of USGD. Renuka’s start in student government was actually a long time coming, as she says that in high school, she tried to stay out of the spotlight where possible.

At the time, Renuka says, “I was kind of nervous about myself. I’m a little bit under confident so I decided to push myself to join student government, too, both as a personal and professional development kind of thing, and then I just realized that I really enjoyed the work we do in student government and then I ended up being president.”

Pushing herself outside of her comfort zone has certainly paid off, since being a part of student government means that “you really get to learn about the ins and outs of the university. You get to connect with lots of different people that you may not have access to.” It also has provided Renuka with a platform to make sure the student body is being properly represented, saying that the USGD presidency is “a nice position to be in to make as much change as you can while you’re at the university.”

Her involvement in USGD certainly keeps her plate full. Although she does attend “a lot of meetings,” she loves to increase her knowledge of “interpersonal skills, conflict resolution, how to present yourself in professional settings, as well as lots of different things about ASU and the historical background of where different resources come from.” All these different ideas have helped Renuka “find the areas where you can really make something better even if it’s just for one student.”

But in order to run her campaign, she needed to seek out people for her ticket that are just as dedicated as she is to the student body. She finds that joining USGD as a newcomer to ASU helped her “to connect with a lot of like-minded people and I think after joining is where I really found my friends at college.”

Fortunately, Renuka was able to draw on the skills and passion of two of those friends to run alongside her for USGD leadership positions. Lex Weber served as the USGD Barrett Senator before becoming vice president of service and Spencer McClure served as the USGD Senate President before becoming vice president of policy, and their collective experience guaranteed that they could run a successful (and fun!) campaign together.

Through TikTok and Instagram, they were able to connect with their peers on a more personal level to find the issues they wanted to solve. Renuka felt it was essential to find two people that she “trusted both personally and professionally [and] wanted to keep by [her] side throughout campaigning and through the next year.” She says, “When we got together and brainstormed ideas that we were passionate about and especially with all of our long experience within USGD, we were, I think we were able to find ideas that could actually be implemented instead of making blanket statements,” which she feels was crucial to the success of her campaign.

As for reminiscing on the campaign process, Renuka isn’t necessarily keen on spending her time there. “Campaigning itself, honestly, is stressful, not gonna lie about that! I feel like I lost my life for like, a month, just no idea what was going on outside of campaigning,” Renuka says. “It definitely gets a little competitive, but it’s also really interesting to meet with students who are passionate.

My favorite part about campaigning was definitely students who I’d never met before and never spoken to before being excited [about my platform].” Since she was also balancing USGD meetings, classes, labs, and her social life, Renuka says that things could get a little chaotic. To help manage her mental health, she made sure she didn’t go overboard on the amount of time she spent on USGD duties, and found that playing tennis or “trying to spend the evening with [her] dog or with [her] family” kept her stabilized.

Balance is something that has become central to Renuka, especially coming from her cultural background. “I was born in Michigan, and I lived there until I was nine, and then moved to India and I lived there for four years. And then I came to Arizona in eighth grade,” says Renuka.

She says experiencing two huge moves made her want to stay close to home so she could put down roots and remain connected to her family; fortunately, ASU’s strong Medical Studies track enabled her to do so when choosing a university. Reflecting on her past experiences in education, she says that “I came from a high school that was very cutthroat and very competitive.

And I really didn’t feel confident in that environment, because I always felt like everyone knew more than me, everyone’s doing more than me, like, what’s the point of even trying? I was really in that imposter syndrome, underconfident type of mindset. And I think what I really love about ASU is you can really be whatever you want to be.”

Now that she’s here, Renuka loves that students have the opportunity “to get involved with really amazing research, you can become a student leader, and not just student government, there’s a ton of organizations where you can become a leader and be really influential. Or you can just live your life as an average student and that’s okay too! Like, you can literally do whatever you want, and I think because of how many resources ASU has, and the, just the diverse student body, like, I feel like I was really able to find my niche where I fit in and I felt comfortable and confident in myself, because it was a supportive environment. And I can choose to push my boundaries at my own pace rather than being forced to by everyone around me.” Renuka continues to push those boundaries, and we can’t wait to see what she’ll do as president of USGD!