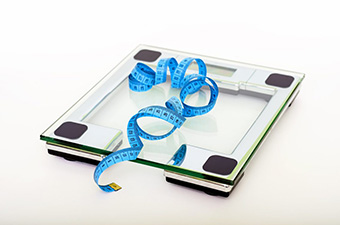 The dreaded “Freshman 15,” an extra 15 pounds students are said to gain their freshman year of college, is something that has haunted incoming students for decades. However, college newbies may rest easier knowing that they aren’t at a high risk of such a hefty weight gain, and the “Freshman 15” is largely a myth.

A study by the National Center for Biotechnology Information found that on average, students gain around 2.7 pounds during their freshman year, nowhere near 15. In fact, 15 percent of students in the study lost weight during the year, while 33 percent of students experienced no change in weight at all.

Several other studies, including one conducted by the Journal of American Dietetic Association, support these findings, all concluding that the majority of freshmen are not likely to gain anything close to 15 pounds their first year.

Despite the overwhelming evidence that this is a myth, it is still prevalent around the world. In the United Kingdom, the weight gain is known as the “First Year Fatties” and in Australia it’s called the “Fresher Spread.”

So how did this misconception become so prevalent? It started in a 1989 issue of Seventeen magazine in which the cover read “FIGHTING THE FRESHMAN 15,” directing young readers to an article on how to fight this inevitable weight gain with virtually no evidence that it actually existed.

But the name was catchy and caught on quickly, even being adopted and adapted on a global scale. The use of the term rose significantly in both households and the media, especially toward the end of the ‘90s, and it has persisted ever since.

Dr. Lawrence Friedman of the University of Miami Miller School of Medicine explained that people are not fully developed around the ages of 17-19, so weight gain is completely normal during these years for anyone, college student or not.

But interestingly, students may actually be more susceptible to weight gain during their sophomore or upperclassmen years, as the metabolism slows around age 20.

Despite these facts, unhealthy habits can arise at the start of college, which could potentially lead to slight weight gain. One such habit is stress eating. To cope with the stressors of university-life, students often turn to eating as a comfort.

It can be helpful to keep healthy snacks around at the onset of a craving, so you avoid ordering a greasy pizza or a Taco Bell burrito. This can also be helpful for late night cravings, as college students are often up late studying, allowing for hunger to creep in.

Similarly, with such a busy schedule, it can be hard to make time for fitness. However, there is a Sun Devil Fitness Complex conveniently located on each campus so that you can workout whenever you want to. Even just putting in 20 minutes of exercise is better than none at all, so try your best to make time for it!

Though you should always be practicing healthy habits, you don’t need to stress about massive weight gain. The Freshman 15 is not a curse casted upon incoming students, and it is not something to waste time and energy on. Just focus on being healthy and happy, without worrying about this weight gain.