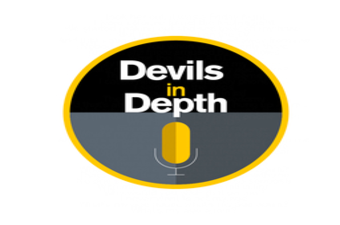 From relocating states at the onset of a global pandemic to dedicating months of work to physical growth, ASU student Adam Schoenfeld has persevered through many challenges this year. Adam’s latest feat was the 75-Day Hard Challenge, which consisted of two 45-minute workouts a day, one during the day and one at night. He was also required to drink a gallon of water a day and abstain from drinking alcohol for the entire duration of the challenge. Adam, an industrial engineering major, says that he does these challenges in the hopes of inspiring others. “I’m Type 1 Diabetic, and I’ve always just done physical challenges so that I can maybe get other younger kids more involved with it, showing that it shouldn’t stand in your way when you’re doing these kinds of challenges,” he said.

But he hasn’t just started now. In fact, he’s been doing it for years. “I’ve done, through diabetes organizations, six 100-mile bike rides. I’ve also done two triathlons now,” he said. “When I was in Colorado, I climbed over ten 14,000-foot mountains.”

But Adam says that this particular workout goal was different for him. “It’s a lot more demanding. It definitely kind of keeps you on a schedule.” He even kept an Excel spreadsheet to keep track of the workouts he was doing each day, which would alternate between swimming, running, and biking.

For Adam, it’s important to show others that they can complete these challenges too if they put their minds to it. He offered advice to others looking to start. “I’d say just stick to the schedule, try as hard as you can to keep following it. Because if you let off from doing stuff, especially the cardio, it’s going to be hard to pick back up. Just really keep consistent with what you’re doing, and it’s achievable for sure.”

Adam says having an illness will never stop him from doing what he loves and achieving his goals. “I’m pretty active when it comes to outdoor challenges and fitness,” he said. “I like showing that even though you have a chronic illness, it shouldn’t really stand in your way when you’re trying to do things.”