What’s On? For the Indie Lovers 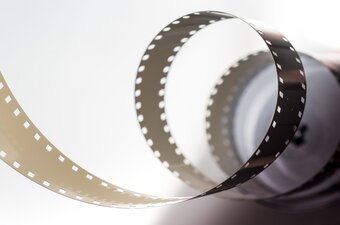 In our last installment, we walked you through some classic (and neo-classic) pieces of cinema available on Netflix. This time, we’ll dive into some movies you might have passed over, and we hope you’ll forgive us for the sheer amount of A24.

Ever since the Twilight series ended (may it rest in peace), Robert Pattinson has sought to erase his time as a dreamboat vampire by proving his acting mettle in a variety of indie productions. Good Time is one of them. Directed by the frenetic Safdie brothers, Josh and Bennie (the latter of whom also stars in this film), Good Time builds insane amounts of tension that keeps you on the edge of a heart attack throughout its runtime. We follow Connie (Pattinson) and his brother, Nick, a young man who is developmentally delayed, as they attempt to rob a bank. Nick is taken into police custody just as Connie escapes, but Connie, without bail money for his brother, applies some unsavory methods to get his hands on the cash. Envision this: Dr. Grant from Jurassic Park (1993) is transported into the wilderness of New Zealand, stuck with a lovable kid he can’t stand (or at least that’s what he thinks). Put director Taika Waititi behind the camera (who you might know from What We Do in the Shadows (2014), Thor: Ragnarok (2017), or Jojo Rabbit (2019)), and you’ve got sheer perfection. This movie is a heartfelt comedy starring New Zealand native Julian Dennison, who plays Ricky, an orphan adopted by a rural-living woman, Bella (Rima Te Wiata), and her gruff husband, Hector (Sam Neill). After Bella’s unfortunate death, Ricky runs away to avoid going back under the custody of Child Protective Services. Hector, feeling his responsibility, goes after Ricky despite his initial dislike and the rest of the movie is essentially the camping trip of your dreams. Watching the pair develop such a significant bond is genuinely touching, and the movie is chock full of laughs to keep things from getting a little too real. If you haven’t experienced a Waititi film just yet, this is a great introduction to his portfolio. It showcases his expert balance of heart and humor, and we genuinely can’t recommend it enough. Do you remember the 2017 Oscars kerfuffle about Moonlight and La La Land? We’re gonna say it—Moonlight definitely deserves its win. This film explores the difficult childhood of a young Black boy as he grows up with a drug addict mother and comes to terms with his own sexuality. It documents one of his few positive relationships with Juan (Mahershala Ali, who won an Oscar for his performance) and Teresa (Janelle Monáe), and showcases the adversity and oppression he faces from his peers and the system he’s grown up in. It’s a demanding movie, but it is entirely worth it to witness a groundbreaking story that is not often told. This movie is best left unspoiled, but we will say this: Schrödinger’s cat ain’t got nothing on this one. Burning is a South Korean slow-burner in the extreme, but the ending is so explosive that it makes the two-and-a-half hour runtime well worth the watch. It stars Yoo Ah-in as, essentially, a loser, who recently befriends a girl (Jeon Jong-seo) he knew in high school. After she leaves on a trip to Africa, she returns with the handsome, rich Steven Yuen (of Walking Dead fame) in tow. The trio form an uncomfortable bond that is delicious for the audience to see play out—for you literary folks, it recalls elements of The Great Gatsby, making the story timeless and fresh all in the same breath. If you love mystery, this is simply one of the best out there. There’s nothing in the world quite like Annette Bening. You might have seen her in American Beauty (1999), Bugsy (1991), or Captain Marvel (2019), but she is incredible in 20th Century Women (2017). She plays a single mom to Jamie (Lucas Jade Zumann), whom she is having difficulty in connecting with—and this is a dynamic that is based off of director Mike Mills’s relationship with his own mother. In order to teach him the things she thinks he won’t want to learn from her, she enlists the help of Abbie (Greta Gerwig, before she directed Little Women (2019)) and Julie (Elle Fanning). With their guidance, and sometimes lack thereof, Jamie learns how to become a man. If that’s not enough, Billy Crudup has an excellent moustache.