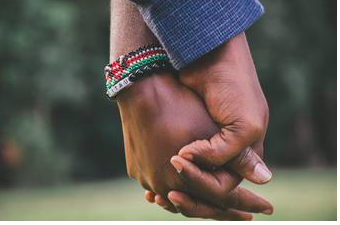 We love shipping television couples together.  Often, these couples have genuine, loving relationships so strong that we can’t help but ship them together.  However, other times we become invested in toxic relationships.  In honor of Valentine’s Day, let’s look at some popular television pairings on both ends of the spectrum.

9-1-1: Lone Star is the spinoff of Fox’s popular first-responder procedural, 9-1-1. After moving to Austin, firefighter T.K. Strand meets police officer Carlos Reyes, and although T.K. isn’t looking for anything serious, their initial attraction grows into a much deeper bond over the show’s first season.  Fans love this couple not only because of the gay representation but also because the pair perfectly compliment and bring out the best in one another.

Chilling Adventures of Sabrina offers viewers a much darker take on teenage witch Sabrina Spellman.  At an academy for witches, Sabrina meets a dark and mysterious warlock named Nicholas Scratch.  Over the course of the series, their relationship hits a few lows, but that is expected since Nick endangers himself for Sabrina—a heroic act that leaves him mentally scarred.

Marshall and Lily have the strongest relationship on How I Met Your Mother. They get engaged early in the series, and even though they call off their engagement, Marshall and Lily ultimately find their way back to one another, and their love is a perfect example of what Ted Mosby, the sitcom’s main protagonist, desires.

Maddie Kendall becomes a 911 dispatcher after escaping her abusive husband, Doug, in the second season of Fox’s 9-1-1.  After arriving at her brother Buck’s apartment, she meets Howie “Chimney” Han, who works alongside Buck as a member of the Los Angeles Fire Department.  Chimney gives Maddie the support she needs after her fallout with Doug.

In the second season of The CW’s Riverdale, Queen Bee Cheryl Blossom becomes involved with Toni Topaz.  Soon after Cheryl accepts that she’s lesbian, her mother puts her in conversion therapy, and Toni must rescue her.

Guinevere—known to her friends as Beck—is the protagonist of the first season of Netflix’s You.  She is a writer who meets the charming Joe at a bookstore.  Joe’s good looks lead Beck—as well as viewers—to trust his words rather than his actions.  However, despite Joe’s belief that he is acting in Beck’s best interest, he is a violent and obsessive stalker who is a danger to Beck and everyone close to her.  Not only does Joe constantly lie to Beck, but he also manipulates her into thinking he is the perfect boyfriend.

Vampires were all the rage back in 2009, prompting The CW to cash in on the success of the Twilight saga—the novels/films, which are also jam-packed with toxic relationships.  The Vampire Diaries is about a teenage girl who is torn between two brothers who became vampires in 1864.  If that’s not enough of a red flag, the brothers are drawn to Elena because she is a doppelgänger—or lookalike—of the woman who turned them into vampires.  The reason why Elena’s relationship with Damon is especially toxic is that Elena constantly chooses his brother, Stefan, despite Damon’s numerous advances.  Ultimately, a majority of Elena and Damon’s romantic moments are purely situational.

Spike is a vampire who makes his first appearance as a main antagonist in the show’s second season.  Initially, Spike is determined to kill the slayer, but he ultimately develops feelings for her.  However, he is a bit possessive of Buffy and acts as if she belongs to him.  It’s not all that surprising that a relationship didn’t work out between a vampire slayer and a soulless vampire like Spike.

Fans fell in love with Tate during the first season of AHS.  However, Tate is a psychopath who killed several students in a school shooting.  Tate is also responsible for ending the lives of a handful of the Murder House’s inhabitants.  Viewers need to see past Tate’s good looks and charm in order to hold him accountable for such vile crimes.