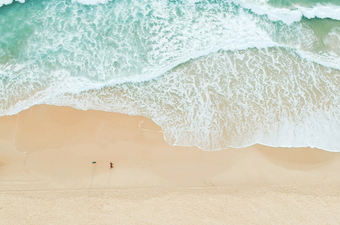 Due to the COVID-19 pandemic, the tenth season of Ryan Murphy’s FX horror anthology was pushed back to 2021. However, now that the pandemic is moving in a better direction, Ryan Murphy and the gang are filming the new season. Ryan Murphy recently revealed on social media that the tenth season would be subtitled “Double Feature.”

From what Ryan Murphy and some of the confirmed cast members have revealed, it seems as though “Double Feature” will be two mini-seasons in one. At this point, it is still unclear whether these mini-seasons will have interconnected stories. However, Ryan’s title reveal mentioned that one of the seasons will take place by the sea, and the other will take place by the sand. As for what will happen in the seasons, fans have been theorizing that the sea-based season will involve sirens. The idea of bringing sirens into the AHS universe has been confirmed when #AHSSIRENS won a poll on Ryan Murphy’s Instagram. Even though Ryan said the poll was to choose a future season’s theme, Ryan is known for twisting the truth. Furthermore, “sirens” is the only logical choice for a sea-based season from the options in Ryan’s poll.

As for the second “Double Feature” season, Ryan Murphy mentioned that it was something the fans have wanted for a while and that it would make them excited. Ever since aliens first appeared in the second season, American Horror Story: Asylum, fans have been eager to further explore the alien mythology.